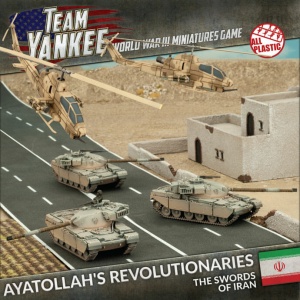 There was no warning missile contrail when Cunningham’s tank detonated, the turret flying off to the side and a boiling column of thick oily smoke marking a pyre for the tank crew.

Schrader urged his driver to get into cover as he scanned around for the new player — that had been a tank killer round.

The platoon net came to life as Captain Ryan broadcast the news that Soviet T-64’s had entered the battlefield.